It looks like Eminem and Snoop Dogg could be about to get back in the studio together.

In the picture shared on Snoop’s Instagram account the pair are stood in a recording studio, with the caption – ‘Detroit. Tommoro. 8 pm. Redemption of a Dogg had to c M. To get the stamp’.

Could this be a sign that there’s new music to come?

With the pair having never released a single together apart from Snoop’s appearance on Eminem’s ‘The Marshall Mathers LP’ , on the track ‘Bitch Please II’, die hard fans of them both will definitely be hoping so.

However, try not to get too excited too soon.

The chances are that Mathers – who has homes in Michigan – is just going to see the Gin and Juice rapper’s stage show, Redemption of a Dog, which is being shown for the first time tonight.

According to a press release about the play, it is an ‘urban theatre’ experience that tells the story of a gangsta rapper, family man and man of God.

It says: “Redemption of a Dogg examines the internal battle one man has between preserving his life-long legacy and losing the love of his life when he is faced with choosing fame and fortune over faith and family.”

But who knows, fresh from the insane success of his tenth studio album, Kamikaze, which has already gone platinum, maybe Slim is striking while the iron is hot. 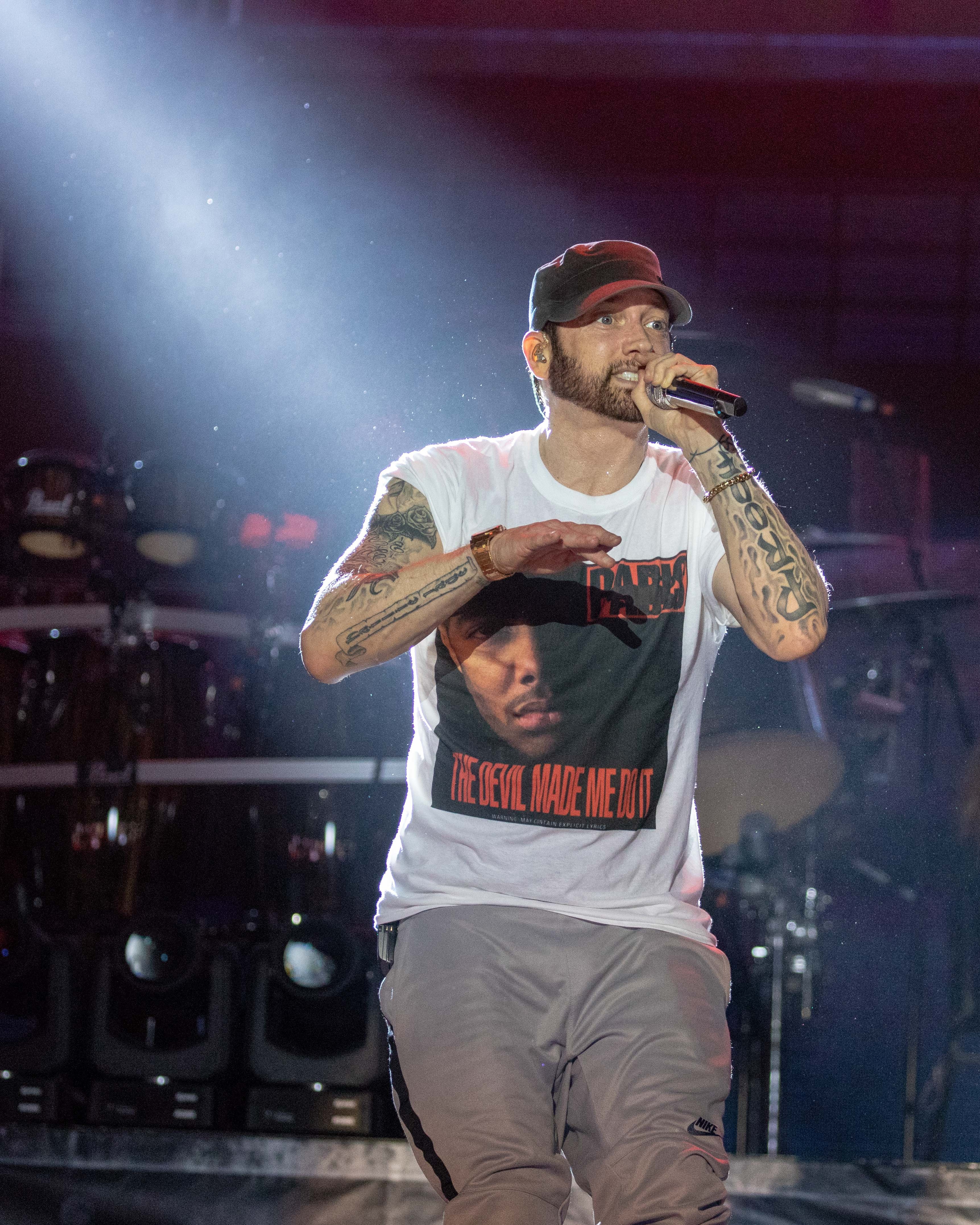 His second album in just a year, it was a surprise to most of his fans and gave him his ninth consecutive number one album – which broke a 36 year UK record, held by Abba and Led Zeppelin.

And this recent bout of success is no doubt been helped by his long-standing and bitter feud with fellow rapper, Machine Gun Kelly, which seems to have been going forever – at this point I’m not really sure what the deal is.

Do they like each other, do they not? Do we care? Well, clearly we do, but why?